CARE for TRUTH proposal struggles to strengthen the fight against the overwhelming wave of anti-gypsyism through empowering both the leadership and change-actors at local level in Roma communities to counteract to disinformation as generator of anti-Roma attitudes and prejudices in Bulgaria, by:

The project is implemented in partnership with the following partners:

The project is supported by the Rights, Equality and Citizenship Programme of the European Union.

The aim is to fight against discrimination of oppressed communities, with focus on Roma, LGBTI people and people with disabilities, by uniting the efforts of different communities and organisations in a joint multi-dimensional action.

The project is implemented in partnership with the following partners:

The innovative character of the project is in the unique cooperation between Roma, LGBTI and disability organisations, working to consolidate an even bigger anti-discrimination movement. The title of this movement – The Equality League, is also somewhat innovative, as in Bulgarian language it is a word-play with the Marvel comic-action series.

Co-funded by the European Union.

Global Education Goes Local is a 3 years long-term project that brings together 7 partners to foster commitment of European citizens to take an active role towards meeting the challenges of the interdependent world we live in. The project will engage over 30 small localities (under 50 000 inhabitans) where the main intervention of the activities will take place, involving young people. Raising awareness, capacity building of local structures and taking actions are part of the process foreseen in the project. New methodologies of engaging young people in global issues are to be generated, especially by adding pop culture. And finally a capacity building component is included for the local institutions involved in the project, on how to run quality global learning process with local communities and especially young people.

The project is implemented in international partnership with the following composition: 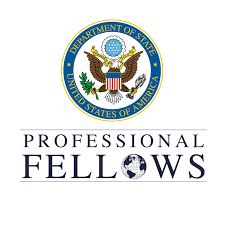 The program is funded by the U.S. Department of State Bureau of Educational and Cultural Affairs Office of Citizen Exchanges, Professional Fellows Division

The overall goal of the program is to provide a professional development opportunity for mid-level emerging leaders; create a forum for American and foreign participants to collaborate and share ideas and strategies; and build a global network of professionals able to work effectively in an interconnected environment.

This program is a two-way exchange involving 38 professionals from five selected European countries and 19 mentors from the United States who will effect positive change in their communities. U.S. mentors will share their professional expertise with fellows of this program in the United States and travel for a two-week reciprocal visit to assist their fellow on his/her 6-9 months individual project plan implementation, provide consulting and joint workshops. European and U.S. participants will share experience and promote mutual understanding and partnership between professional groups in the United States and counterpart groups in the selected European countries.

The join project of CEGA, IPED, LEADER – Blagoevgrad, Links, Roma-Lom and Youth Club Stolipinovo is set out to showcase policy decisions that may allow to protect effectively the right to housing for Roma. A comparative desk research will juxtapose the different aspects of the problem – human rights, legal and political ones. It will sharply define the legal grounds on demolition of the houses and will propose legislative amendments to solve the issues. The project will advocate for policy alternatives at local level – 3 participatory action plans to set into regulation the illegal Roma ghettos involving the major stakeholders – local governments, Roma communities and the majority. Based on the research and the practical experience at local level the project will bring on the agenda of the Parliament a proposal of amendments to the legislative framework that will guarantee right of housing and protection of the unique building for housing needs. It will further explore the legal grounds preventing the legalization of Roma neighborhoods. Based on a broad consultative process engaging Roma NGO-s, local communities, local governments, representatives of the state institutions in charge with the housing policy, it will draw regulatory amendments aimed at creating an environment enabling the further legalization of the illegal Roma settlements.